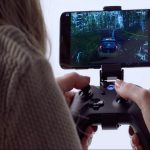 Microsoft announced Project xCloud cloud-based gaming service last year and have provided small updates to the community about the same. This time, Microsoft says that many of the game developers like Capcom and others are testing the xCloud service and are enjoying the testing phase. This update to xCloud gaming service development comes a few […]