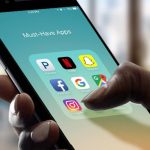 Apple Inc., which is known as one of the largest tech companies in the world, might be bringing a significant change for its users. Rumors were going on a few days ago stating that Apple is going to stop itUnes for its users. Many Apple fans have loved iTunes, which was launched nearly ten years […]